Last updated : 13 May 2015 By Bournemouth Co-Ordinator

Presenting the AFCB Bournemouth Exiles Player Of The Season, ahead of the match against Bolton Wanderers were Melissa Bell and Phil Henstridge, who were in the pitch presenting our award to Harry Arter, who won our voting by a landslide in the end. 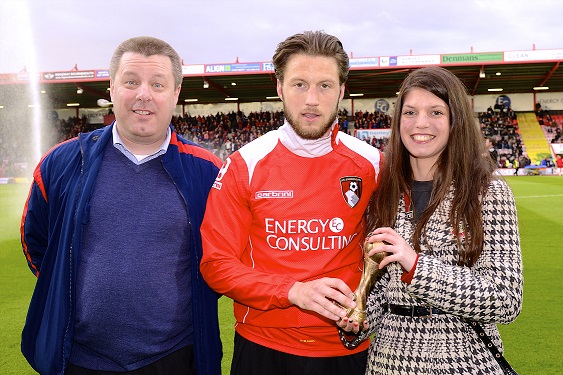 Remarkably 10 players received nominations this season showing the all round performances across the sqaud over the season.