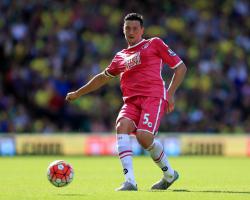 The club captain travelled to Sweden to see a specialist known for his work with Zlatan Ibrahimovic after experiencing discomfort following a routine challenge in training.

Having initially been given a positive diagnosis it was hoped he would swiftly return, but the discomfort remained and he has since been operated on in an attempt to cure his condition

"Tommy's had an operation on his ankle so he's facing around 10 weeks out," said Cherries manager Eddie Howe of the defender.

"It was innocuous really

It was a kick on the ankle and, despite many attempts to come back, it just didn't feel right.

"With further investigation it was discovered that he needed an operation.

Ten weeks is the estimate (recovery time) but it could be longer than that."