​Bournemouth have confirmed that full-back Adam Smith will miss around three months of action after sustaining a knee injury in the Cherries defeat to Newcastle earlier this month.

Smith was replaced by Charlie Daniels midway through the first half of the eventual 2-1 defeat, requiring a stretcher to be brought on going down after a seemingly innocuous incident at a free-kick. 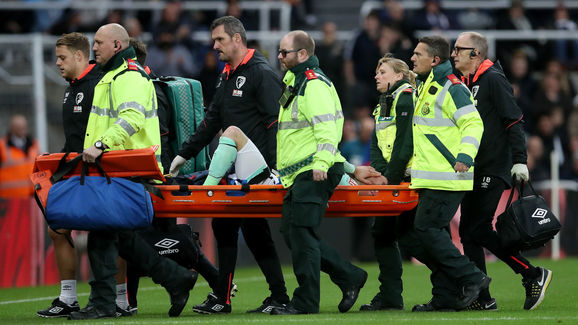 It was feared that Smith could be ruled out for the rest of the season, but the club have now confirmed, in a statement released on their official website that Smith's injury is not as bad as first feared.

It read: "The full-back was stretchered off midway through the first half of the Cherries’ Premier League defeat at Newcastle United.

"However, following extensive medical assessment, Smith’s injury is not as bad as first feared, and on Saturday the 27-year-old underwent a procedure to repair a cartilage tear in his right knee".

The 27-year-old had started all of the club's 12 Premier League games prior to his injury, so the news comes as a major blow to Bournemouth, who are faced with the daunting task of bouncing back from consecutive defeats with games against Arsenal and Manchester City.

Despite their recent downturn in form, they sit sixth in the league, ahead of Watford and Manchester United on goal difference, currently occupying a Europa League qualification spot.

If they are to maintain their challenge, however, they will have to manage without their utility full-back for the immediate future.