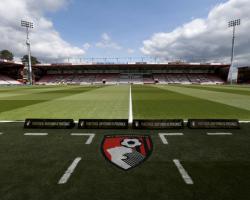 The club's accounts were published at Companies House on Friday April 29 and they revealed the Cherries had reported a loss of ÃÂ£38.3million as they won the Sky Bet Championship in the 2014/2015 campaign

The Football League set Financial Fair Play limits of permitted maximum losses at ÃÂ£6m for a season, "consisting of a maximum adjusted loss of ÃÂ£3m plus a further maximum of ÃÂ£3m of shareholder investment."

The size of the fine had not previously been disclosed by the Football League.

Bournemouth's loss was an increase of some ÃÂ£10.3m for the previous financial period, with staff wages up to ÃÂ£30.4m, with turnover at just under ÃÂ£13m.

As part of the accounts, Bournemouth also confirmed there had been an outlay of ÃÂ£4.6m for the Vitality Stadium to meet Barclays Premier League regulations as well as a ÃÂ£2m payment to shareholders due following promotion to the top flight for the first time in the club's history.

Bournemouth, nine points clear of the relegation zone, have secured their Premier League status for another campaign, which will see a massive increase in revenue following the start of the new broadcasting deal from 2016/2017.

In the director notes within the published accounts it was stated: "The directors continue to maintain close control over expenditure and have implemented effective policies and procedures to ensure the club is run efficiently and effectively."