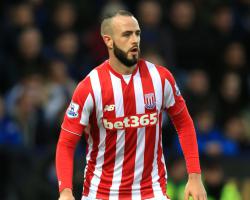 The Republic of Ireland international has signed a two-year contract with Eddie Howe's side to end his six-year stay in the Potteries.

Wilson, 28, returns to familiar surroundings having scored three goals in 27 appearances during two loan spells with the Cherries in 2007.

"He'll add a wealth of experience to Eddie's defensive options, having played in the top flight and internationally.

"It's yet more competition for places which will help the squad thrive in our second season in the Premier League."

Wilson, who began his career with Portsmouth, made 178 appearances during his time at the Bet365 Stadium, scoring his only goal for the club in a 2-0 win at Blackburn in December 2010.