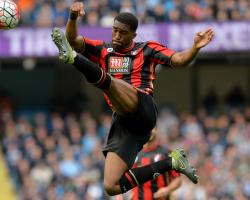 "Sylvain was a vital part of our squad throughout the season," Howe told the Bournemouth Echo.

"Going into the Premier League, we felt bringing someone with vast experience and knowledge of the division would be hugely beneficial to our squad and give them someone to lean on."

The evergreen centre back set a new Premier League appearance record for a foreign player in his Bournemouth spell, with manager Howe consistently impressed by his professionalism and dedication.

"Sylvain played that role perfectly, but he also played his part on the pitch and was involved in some pivotal games

It was a really good experience for the other players to have worked with him for a year and I would like to thank him for his efforts."