Ive Got No Words: Callum Wilson Left Speechless After Scoring on England Debut Against USA 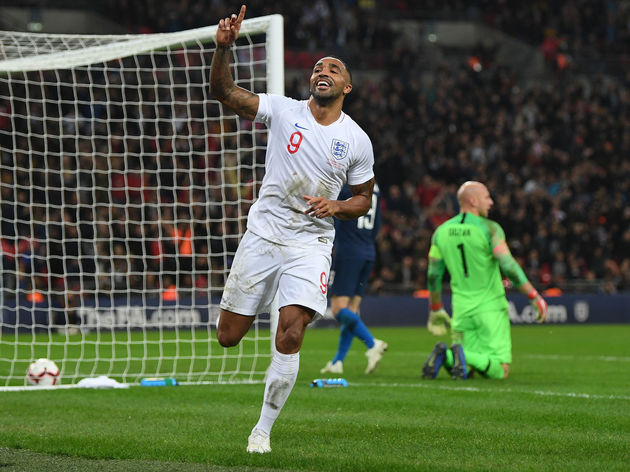 Speaking after the game, Wilson admitted to ​Sky Sports that he was still coming to terms with scoring for his country, before admitting that he was wary of Marcus Rashford's imminent introduction as a substitute.

There was an opportunity in front of me and I just wanted to grasp it with both hands to be honest. It's always nice to get on the scoresheet as a striker.

"I was more thinking just keep going, but the time was ticking down. I did actually see [Rashford] standing there. There was one chance just before where Trent played it across, I just got my foot to it, probably should have scored, and you look over and see him standing there, and you're thinking you've only got a couple minutes now. "But Delphy put a great ball in and I managed to get on the end of it. For me I'm my biggest critic, so I would have been disappointed overall to not take my chances, but thankfully it went in, so I can reflect on the night in a positive way.

Wilson's call-up to the England squad has followed a blistering start to the season for Bournemouth, which has seen the striker score six goals in 12 Premier League games, contributing a handful of assists in the process.

He has overcome two extended spells on the sidelines through injury, and Wilson went onto speak of his pride at earning his first international cap.

"To make your debut for England is a massive achievement, and to score on that as well is even more sweet. I'll share this time with family and friends, and I'll remember it forever.

"I hope to build on this now, keep improving, there's still a long way to go for myself, more I can improve on. I will keep working hard to become a better player." Wilson will hope to have shown England boss Southgate ahead of Sunday's crucial UEFA Nations League clash with Croatia that he is worthy of keeping his place - though he is likely to be reduced to a substitute's role with captain Harry Kane expected to return up front.