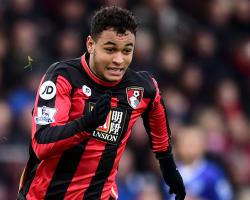 The 24-year-old joined Eddie Howe's Cherries on a three-year deal from Blackburn last summer but has been rewarded with an extension for an impressive first season at the Vitality Stadium.

He was the team's top goalscorer with seven goals in all competitions, including six in the Premier League which helped the south-coast side avoid relegation in their first ever top-flight campaign.

Norway international King told the club's website: "I came here because of the gaffer and I've been with him here a year now

"We proved last season that we're good enough to stay in the league and now we need to move on and try to climb the table even higher and finish above where we were last season."

But he only made two substitute appearances for the Red Devils before enjoying loan spells at Preston, Borussia Monchengladbach, Hull and Blackburn, with the latter signing him permanently